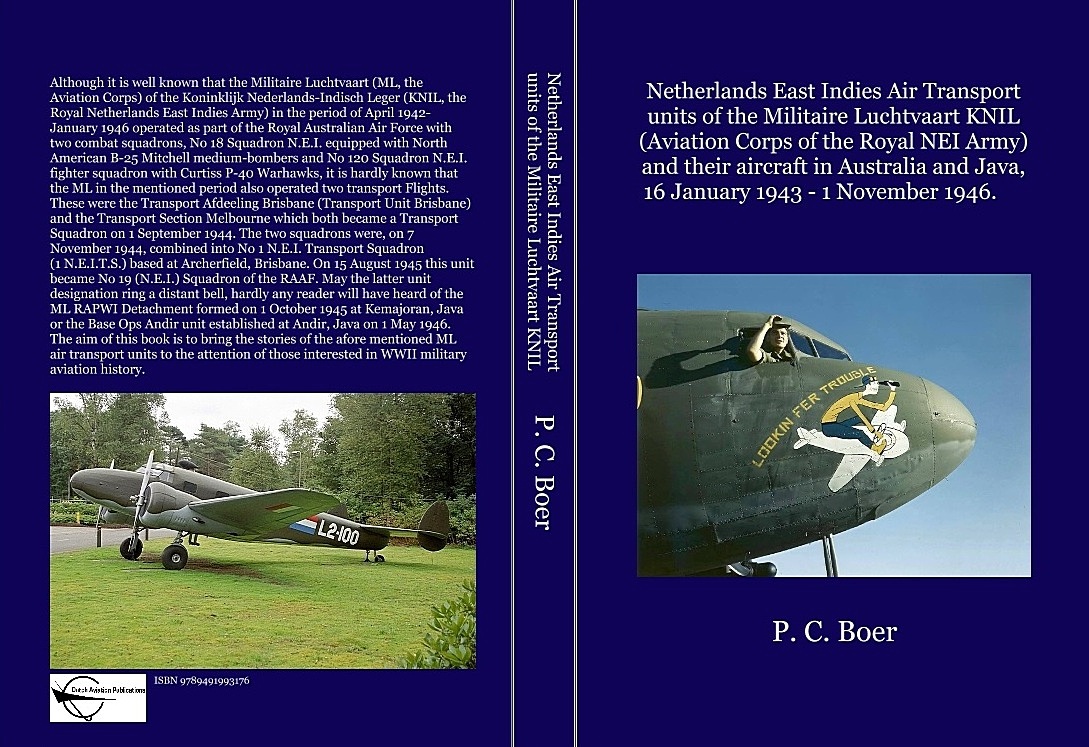 The other day I approached renowned Dutch aviation historian Peter Boer with a request to publish his researchpapers on military aviation in the former Netherlands East Indies. To my good fortune he said yes and this month, September 2020, I published his first paper:

Peter writes:
Although it is well known that the Militaire Luchtvaart (ML, the Army Aviation Corps) of the Koninklijk Nederlands-Indisch Leger (KNIL, the Royal Netherlands East Indies Army) in the period of April 1942-January 1946 operated as part of the Royal Australian Air Force with two combat squadrons, No 18 Squadron N.E.I. equipped with North American B-25 Mitchell medium-bombers and No 120 Squadron N.E.I. fighter squadron with Curtiss P-40 Warhawks, it is hardly known that the ML in the mentioned period also operated two transport Flights. These were the Transport Afdeeling Brisbane (Transport Unit Brisbane) and the Transport Section Melbourne which both became a Transport Squadron on 1 September 1944. The two squadrons were, on 7 November 1944, combined into No 1 N.E.I. Transport Squadron (1 N.E.I.T.S.) based at Archerfield, Brisbane. On 15 August 1945 this unit became No 19 (N.E.I.) Squadron of the RAAF. May the latter unit designation ring a distant bell hardly any reader will have heard of the ML RAPWI Detachment formed on 1 October 1945 at Kemajoran, Java or the Base Ops Andir unit established at Andir, Java on 1 May 1946. Aim of this paper is to bring the stories of the afore mentioned ML air transport units to the attention of those interested in WWII military aviation history.